West High students and staff are infamously known for their excellence in diverse sports, clubs, and academics; however, their achievements don’t end there: they also excel in the “real world,” making hard-earned incomes. 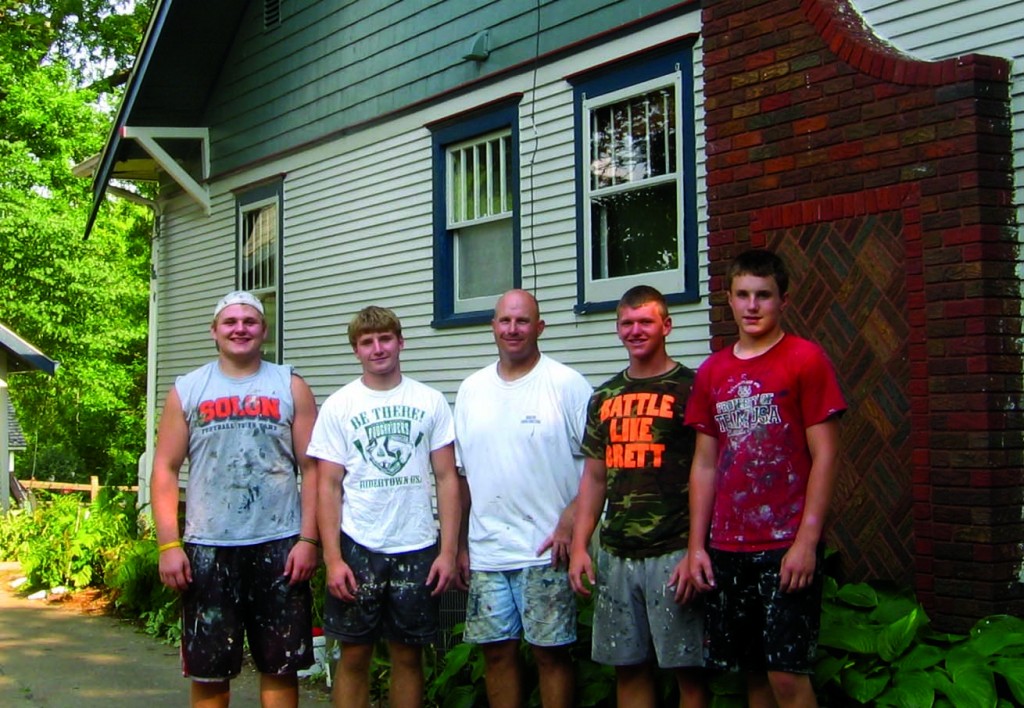 Ever since the infamous Tom Sawyer, summer jobs have gotten the shorter end of the stick. However, don’t be mistaken, whitewashing fences may not be an entirely fictional job, but just as reminiscent as the classic novel.

No one knows this better than long-time science teacher Brad Wymer. Wymer has been painting for 30 years and his interest, which developed into a passion, in painting all began his sophomore year in high school in the small town of Lawler, Iowa. For Wymer, his lack of money as a high school student and the lack of part-time jobs in Lawler urged him to start painting as a small summer job. Wymer recalls that he would’ve never thought he would still be painting over 30 years later; however, Wymer is still going strong.

Wymer Painting, the name of his business, paints houses, decks, barns, and even machine shops. He hires a lot of former athletes and students, because of his familiarity with their work ethics.

Over the years, Wymer has had his share of crazy memorable times. “One my favorite and most diabolical boredom breaking moments was when one of the guys put caulk down the back of one of his partner’s shorts to fill a crack,” Wymer recalls.

Wymer loves being able to work outside during the summer; however, the only thing he doesn’t like about painting is having to stand on a ladder all day, but unlike Tom Sawyer, Wymer work is well compensated, earning $30/hr.

Another part-time worker, Trevor Halapat ‘19, started his summer job assisting the elderly around two years ago. “I had nothing to do over the summer and my dad knows some people that had a lot of stuff that needed to get taken care of,” Halpat said.

Halapat moves furniture, vacuums, sweeps, tears down old sheds, and drops off furniture for the elderly who can no longer do such physically-demanding work. Halpat enjoys spending time with the elderly, especially those who tell good stories, and earning a generous $15/hour.

For Hunter Davis ‘18 and Nick Haddy ‘18, working at the Quail Creek Golf Course in North Liberty is nothing near tedious work. Davis spends his time at the course picking up the range golf balls, cleaning carts, and delivering food and drinks to the people on the course.

When asked about his incentive to start working at the golf course, Davis  responded that the owner of the golf course is a close family friend. Davis especially likes being able to work with Haddy, a close friend, and already has many stories from the short four weeks he’s been working there.

His favorite story so far has been golf cart drag racing. “At first we would do it to see who had to do clubhouse trash, but then I told them that if they drove the carts, and won, then I would clean all their golf balls. But I won so they all had to do mine,” Davis said.

The only thing he dislikes about the job is the how frequently the range has to be picked, which is about six times a day. However it’s well worth it because his boss will be raising his pay and he’ll be able to take over the bar in the clubhouse when he turns 18.

For West High students and staff, whether it be in academics, sports, clubs, the arts, or in the workforce, excellence has always been a tradition, and will continue to be.