With sports being a constant in the entertainment industry, many athletes are left out of the coverage. 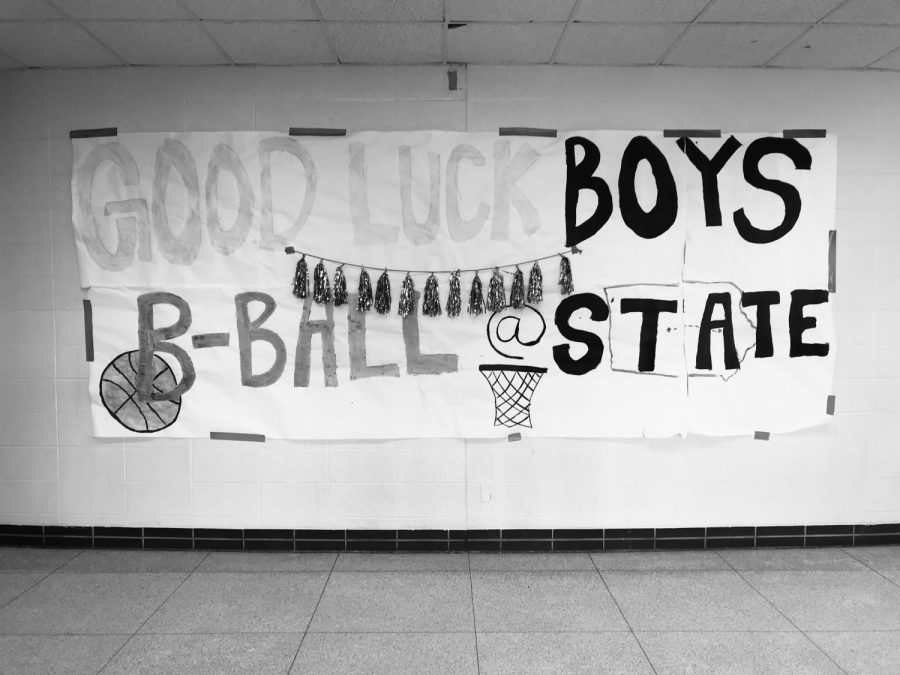 On March 6, students traveled to see the boys basketball team play at the state tournament. They were sent off with a giant poster displayed in the commons and a video created by the West Side Story. This video featured several teachers, all congratulating the boys on their achievement and wishing them good luck. The school also provided a pep bus so any students who were interested in watching the boys could do so.

Last year, the girls basketball team also earned their spot into the state championship game. A pep bus was also provided, like any other sport, but they weren’t given a special send off video or a poster made by the cheerleaders. WSS covered their progress in the season with a slideshow of pictures on Instagram. These pictures recited the final score and stated the opposing team, but nothing more. The girls hadn’t been provided with a hype video to inspire them like the boys had this past season.

Another occurrence of gender inequality displayed in Iowa City can be found at the University of Iowa. Athletic director, Gary Barta, was sued for gender discrimination by the former senior associate athletic director, Jane Meyer, and her partner, Tracey Griesbaum, who was the former women’s field hockey coach. The University settled the lawsuit for an amount adding up to $6.5 million. The jury found Barta guilty of discriminating against Griesbaum’s sexual orientation and gender, and found that she had been paid less than her male counterpart. Griesbaum’s payment included $300,000 for lost wages and $1.2 million for emotional distress damages. This lawsuit partially addressed the gender discrimination among University staff and faculty, but since Barta still has his job, the problem is not completely solved. This could mean that others like Barta still work with the University, but the public is unaware.

While some say this might be irrelevant or a minuscule problem, this has been going on for decades in athletics. Some may ask, ‘why do men receive more sports media attention than women?’ The simple answer is that women are usually seen as more boring, weaker, slower, etc. due to past and present stereotypes ingrained into society. Viewers love watching their favorite male player sprint down the court and dunk the ball as hard as they can or barely out run the opposing team, resulting in a touchdown. Mens sports are usually seen as more entertaining in the aspect of physical strength.

Furthermore, discrimination among the sexes is displayed in every sport. March Madness is an event that predicts which NCAA Division 1 men’s basketball team will win the tournament, and is very popular throughout the United States. People fill out brackets, place bets, attend viewing parties and much more. There is a similar tournament like this for the women’s NCAA Division 1 teams, but it is disregarded and fairly unknown among the public. One other example can be found in the media. According to Entertainment Weekly, the Super Bowl is the second most watched television program, with around 18.2 million viewers. Women are encouraged to stray away from this masculine and contact heavy sport, while other athletics such as volleyball or softball can be just as dangerous.

In order to solve this problem, athletics need to receive fair coverage. If one team receives a poster, special video or slideshow of pictures, then the other should too. Men and women should also be allowed to participate in any sport they’re interested in. No one should be disqualified from a sport because of their gender. To ensure fairness throughout administrations, all officials and coaches should be trained correctly to ensure no bias is displayed towards any players or faculty.