Jack Harris '22 profiles some of the 2020 presidential candidates 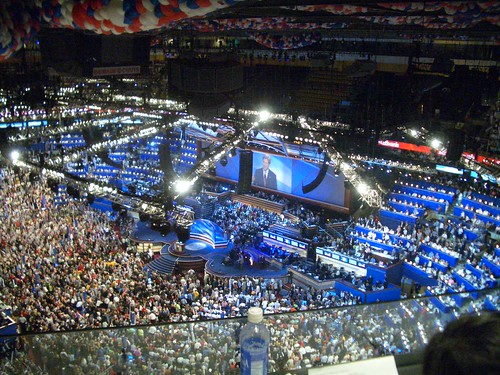 Pete Buttigieg [Bood-eh-jedge] is currently the mayor of South Bend Indiana and a candidate for the Democratic nomination in 2020. He’s gotten significant attention for being the first openly gay candidate to get serious attention in a presidential race. He has an impressive resume being a veteran of the Iraq war, a Harvard graduate, a Rhodes scholar, and being elected mayor of south bend, Indiana in 2012 and reelected in 2016. He’s campaigning on a platform of eliminating student debts, universal background checks, pathway citizenship for dreamers, LGBTQ+ rights, and dramatic changes to how we address climate change, including passing the green new deal.

Vermin Supreme is running as a Libertarian and has run for president every election since 1988 and has run as an independent, republican, democrat, and now a libertarian. (so really he just doesn’t care) He believes in mandatory toothbrushing, a free pony for every American, and using zombies to power America. He explained his name, Vermin Supreme, saying,“All politicians are vermin and I am the Vermin Supreme.” He is a self described “Friendly Fascist”. He is pro-choice but also believes that fetuses must give consent before being born and should be able to use abortion as an opt-out of life. He believes that to deal with illegal immigration we should legalize it that way there isn’t any illegal immigration. He also said,“Anybody trying to sneak across the border will be apprehended, tagged, given citizenship, and released.” Lastly he always carries a gigantic toothbrush with himself everywhere and always wears a boot as a hat.

Following his failed bid for the Democratic nomination in 2016, Bernie Sanders is back for round 2 and campaigning on relatively the same platform. He wants Medicare for all, free college, fix social security, and stop climate change. He’s been widely credited with popularizing the term democratic socialist and helping create a wave of new young democratic voters and politicians who advocate for many of his positions. Bernie’s main obstacle for 2020 is that some of his positions seem too radical for some more moderate voters. Bernie has changed the political landscape more in the past 3 years more than he did in his previous 26. He seems to just be hitting his stride politically and whos to say that his young and powerful base will carry him all the way to the white house.

Donald Trump is the current President of the United States and has been running for reelection since the day his presidency began. At no point in Trump’s presidency has his approval rating been positive maxing out at 45% on January 4th, 2017. Despite this he is incredibly popular among republican voters, whom are very supportive of him. He’s been criticized for having policies that divide the country, but the reason those policies are so divisive is because they’re designed to appeal to far right voters. For his 2020 campaign he’s continued to push his border wall as well as campaign heavily on the economy’s success under him. One of the issues that could make or break his campaign is how most of the accomplishments he advertises on his website are seen as very partisan, whether it’s repealing parts of Obamacare, removing the Iran deal, and making the U.S. the only country in the world to not be a part of the Paris Climate Agreement. In 2016 Trump’s rhetoric and boldly partisan policies got him elected. Only time will tell if history repeats itself.

After spending years in a will he won’t he, former Vice President Joe Biden finally entered the race a few weeks ago. He’s currently the favorite for the democratic nomination despite some initial worries from many over reports of him touching women inappropriately. He’s run for president previously, falling flat on his face both times, but because of his immense popularity as Obama’s VP he’s running again and is well liked by voters for his policies such as strong gun control, his leading of the violence against women act, and being the first politician to propose climate change prevention laws.Some voters worry that the only reason he’s running is because he has a grudge against Donald Trump and would rather beat him than win the presidency. For other voters however love his ability to make Trump angry and get under Trump’s skin. He’s a familiar and well liked figure in the democratic party, and that alone is what makes him the front-runner.

Kamala Harris is a California Senator and former Lawyer. Her parents are Jamaican and Indian but she was born in Oakland, CA. She’s appealing to people because she’s a nice blend of policy and personality. She does a good job of seeming down to earth in interviews but is also smart and assertive on the Senate floor. Only elected in 2017 she’s gained popularity by working hard and being ambitious. She’s very progressive in many of her policies, supporting things such as the Green New Deal and Medicare for all, but is good at objective and coming up with fair and just laws because of her time as California Attorney General. As stated prior she’s for the Green New Deal and Medicare for all, but she also supports a ban on assault style guns, increased pay for teachers, legalized marijuana, and decriminalizing sex work. Kamala Harris is well liked by most in the democratic party and she has policy that could attract a lot of voters. Only time will tell what happens to her but it seems quite possible that she would come out on top.

Elizabeth Warren has a bold strategy for 2020. Win on policy alone. Especially when it comes to the economy. This approach could be because of her scandal last year involving her being part native american. Warren had claimed in the past to be part native american and had even called herself a minority while at certain jobs. Many, including the president, called into question the legitimacy of her claims and she took a DNA test that said she is roughly 1/272 native american. Too put this behind her and have people focus less on who she is personally, she’s rolled out more policies than any other candidate running for president. Some of her ambitious plans include ending corruption in Washington, increasing the number of supreme court justices, revamping the budget to invest better, a tax on Americas 75,000 richest families (that would be able to pay for medicare for all, free college, universal childcare, and the green new deal), creating an amendment that ends voter suppression, outlawing partisan gerrymandering, ending donations from lobbyists, ending privatized prisons, more benefits for veterans, and banning senators and congressmen from from trading stocks. Elizabeth Warren might be the most qualified person for presidency when it comes to her policies and the sheer number of them, but only time will tell how popular these policies really are.